See the seasons change at the Garden! Advance tickets are strongly recommended.

The Brooklyn Botanic Garden Historic Image Collection consists of glass plate negatives, lantern slides, film-based negatives, and works on paper created during the first half of the 20th century. These images document all aspects of the Garden: the growth and development of the physical plant and grounds, horticultural displays, special events, gardening and education programs for adults and children, exhibits, and scientific research. Photographers include Louis Buhle, Elsie May Kittredge, Charles Stuart Gager, Norman Taylor, and Takeo Shiota (designer of the Japanese Hill-and-Pond Garden). The collection comprises original images as well as derivative works including photographs, pages from texts, and postcards.

If you require a higher-resolution image suitable for editorial work, please contact Library Services for usage fees, rights, and permissions.

Please Note Captions and plant names have been transcribed as written from text on the original glass plate negative sleeves and lantern slides. We are augmenting the data to include currently accepted nomenclature. Current names will appear with historic names when you link to "View details."

Louis Buhle was Brooklyn Botanic Garden's official photographer from 1915 until 1968. During his remarkable 53-year tenure, he documented every aspect of Brooklyn Botanic Garden, producing more than 11,000 negatives and creating an aesthetically and historically consistent body of work. He recorded changes in the physical plant and events at the Garden, including dedications, groundbreakings, fairs, and educational programs. Like his contemporaries Lewis Wickes Hine and Berenice Abbott, Buhle created an ambitious body of documentary work animated by a singular aesthetic vision. Without sacrificing the documentary edge of his work, he sought to illuminate the beauty of his subjects in every photograph.

Elsie May Kittredge was an artist and amateur botanist whose eloquent photographic images are a sustained expression of her passion for the flora of the Northeast, particularly its wildflowers and ferns. The E.M. Kittredge Collection consists of glass plate negatives, the corresponding black-and-white contact prints, hand-colored contact prints, and the corresponding hand-colored lantern slides. There are approximately 675 sets of images in this collection. The E.M. Kittredge Collection dates from 1902 to 1920, with the bulk of the work created between 1910 and 1915. Most of the plants were collected in Spring Valley, Pearl River, and other parts of Rockland County, with some collected on Long Island and in New Jersey, Vermont, and New Hampshire. These specimens are now in the herbaria of Brooklyn Botanic Garden, New York Botanical Garden, and Harvard, among others.

Kittredge was born on May 14, 1870 in Dayton, Ohio. She moved with her family to New York City in 1879 and in 1904 to Spring Valley, where she found a rich supply of materials for plant collecting. Beginning in 1910, Kittredge began making hand-colored lantern slides for BBG, and the librarian reported that by the end of December 1916, there were 1,669 lantern slides in the collection.1 In 1917, Kittredge was appointed assistant curator at New York Botanical Garden (NYBG) and was entrusted with the care and development of their lantern slide and negative collection because she had "long experience in making and coloring photographs and lantern slides."2

NYBG asked Kittredge to go to Woodstock, Vermont to collect specimens for Elizabeth Billings, a Woodstock resident and secretary of NYBG's Women's Auxiliary. She assumed responsibility for the Billings herbarium and collected widely in Vermont. Kittredge came to be regarded as an expert on Vermont's flora, particularly ferns. When she first went to Vermont in 1917, approximately 200 species of local flora had been collected and recorded; "by 1936, she had brought the list to nearly 1500 including many never before collected in Vermont."3 She discovered a new maidenhair fern on the Billings estate which she named in their honor: Adiantum pedatum forma billingsae Kittredge.4 She was the author of Ferns and Flowering Plants of Woodstock Vermont (1931) and Supplement to the Ferns and Flowering Plants of Woodstock Vermont (1936), and was associate editor of The Flora of Vermont (1937).

After lantern slides were introduced in the mid-19th century, lantern slide shows quickly became a popular form of entertainment, but their most enduring use proved to be in illustrating educational lectures. Brooklyn Botanic Garden was among those museums and academic institutions that produced illustrated lectures for loan. The Garden's first director, Charles Stuart Gager, expressed an early educational goal in the Brooklyn Botanic Garden Record of 1912:

The contemplated work of popular lectures and instruction will necessitate the preparation of a large collection of lantern slides for purposes of illustration. During the year 310 slides have been made, practically all of which are from negatives owned by the Garden, so that the collection is unique. One hundred twenty-five (125) of these are hand-colored slides, all but five being of native wild plants, including trees, colored by Miss E.M. Kittredge, and made from negatives taken by her especially for the Garden. Miss Kittredge combines with an unusual artistic ability, an accurate knowledge of the local flora. With each negative, she has submitted for our confirmation the specimen from which the negative was made, and also a colored print. In this way we are sure not only that the determination of the species is correct, but also that the coloration is accurate. Thus the collection of slides possesses, not only rare beauty, but scientific accuracy.1 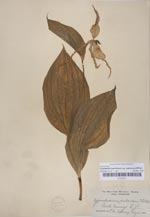 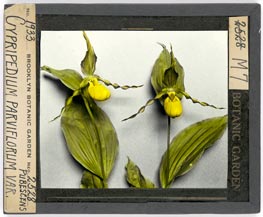 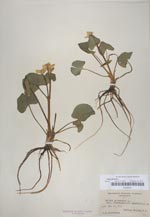 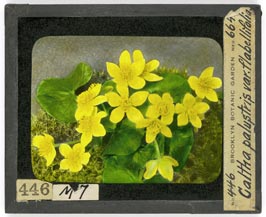 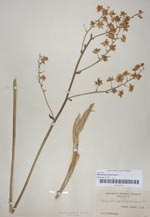 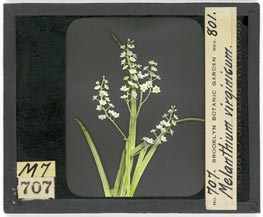 BBG's lantern slide sets include both unique, hand-tinted slides by Kittredge and other photographers and commercially produced lantern slides. Titles include: "Fall Wild Flowers," "Spring Wild Flowers," "Summer Wild Flowers," "Conservation of Native Plants," "Conservation of the Soil," "Ferns and Fern Allies," and "Forestry." A prepared lecture accompanied each set and was meant to be read as the lantern slides were projected in a lecture hall or auditorium. Thus, in a pre-electronic age, talks written by BBG experts could reach beyond the Garden to a wide audience in schools, garden clubs, and other groups. (See lecture notes below.)

The lantern slides are 3.25" × 4" and consist of two pieces of glass. One has a transparent positive image—hand-colored, in the case of the Kittredge slides. A second piece of glass is placed over the image to protect it, and the two panes are sealed on all edges with tape. All of this collection's slides were given unique numbers that appear on the slides' labels with other identifying information. The introduction of 2" × 2" slides and the invention of the Kodachrome three-color process in the 1950s eventually made lantern slides obsolete.2 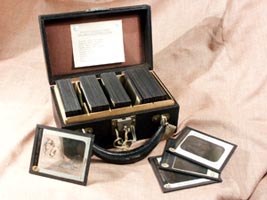 NOTE: These lectures are artifacts and do not necessarily reflect current scientific consensus.

Learn more about the evolution of Brooklyn Botanic Garden since its humble beginnings as an ash dump in the late 1800s.